So You Want To Be A Prosecutor? 6 Rules to get started. 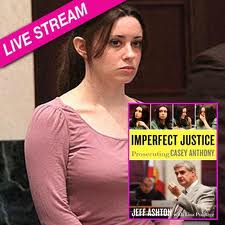 I have recently had several conversations with aspiring prosecutors, all of whom have an idealist desire to punish wrong-doers and protect the public.  It became obvious that they had very limited experience with the criminal justice system at all.  I haven’t heard any of them mention corporate criminals and massive fraud.  Outside of highly-policed communities, most knowledge about the criminal justice system comes from fiction, or a 30 second clip on the six o’clock news.  News flash: hardly any will get a made-for-TV movie case, write a book, and get on the speaking circuit.  The real job is very repetetive, threatening to jade and bleed your soul.   And you need to be armed with knowledge.

Here are six rules (of thousands) that people should consider as they enter the field.

Rule 1: If you aren’t willing to be a Whistle Blower, you should not be a prosecutor.

It is generally considered to be a bad thing to tell on one’s co-workers.  In the criminal underworld, “snitches get stitches” (or worse), whether or not the prosecutor rewards the snitch with leniency or immunity from prosecution.  However, in the corporate realm the snitches (or whistleblowers) get blackballed and sued.  In foreign policy, the whistleblowers get called traitors.  In the police force, whistleblowers are deemed betrayers to the Blue Wall of Silence.

This is a primary flaw in our code of justice, when the enforcers are unable to enforce against themselves.  There are dirty cops and dirty prosecutors.  If a District Attorney is not committed to keeping an ethical office, or unable to do so, they lose credibility when trying to hold others accountable.  The law becomes a cruel joke rather than something loftier than human foibles.  There is a lot of pressure to go with the flow, not make waves, and earn a promotion for loyalty.  (Oh, you want to be judge?)

Ironically, criminal entities are often more “ethical” on this issue than government entities.  The general principal amongst gangs and associations is to police one’s own, lest someone else have to do it for you.  And the latter becomes a mess.  What if a young prosecutor caught their superior withholding evidence?  Look the other way when a witness seemed to be a clear liar (yet helped their case)?  Would they keep their mouth shut?  If so, they are engaged in criminal activity and have thrown their initial idealism to the wayside.  A prosecutor needs to enforce the laws equally, particularly when a criminal  in government can have far more detriment on society than an everyday drug dealer.

Rule 2:  The adversarial system is not balanced.

Just to dispel a quick myth: only in the world of corporate law is there a system of two balanced adversaries with a neutral judge as referee.  In criminal law, the millions of dollars invested into each local police force is not done on an impartial “justice-seeking” manner.  The police and prosecutors see themselves on the same team: the Executive Branch that enforces laws.  The accused are not considered by the Executive as innocent until proven guilty; they are like hounds locked onto a scent.  The defense attorneys, meanwhile, are seen as the opposition.  The Public Defender is part of the Executive Branch as well, and they handle a large bulk of ordinary crimes.  They do not have such a cozy partnership with the police.

Defense attorneys must hire their own investigators, who lack the authority of police to arrest and interrogate and flash a badge.  These resources are limited.  Hiring professional experts, or getting scientific testing (such as DNA) is a far different process when the defense is making the request.

The judges in criminal cases are often former prosecutors who made their mark by getting convictions in murder and other sensationalized cases.  They are human, they have a bias.  Furthermore, juries rarely represent the socio-economic background of the defendant.  With police officers often not coming from the communities they monitor, there are multiple stages of bias that a typical defendant travels through along the System.

Rule 3:  Police are human, they don’t always tell the truth.

Anyone who believes that any occupation is infallible, should not be in the business of truth-gathering.  Some religious leaders have, and will, molest children.  Some Wall Street executives have, and will, rob millions and billions of dollars from people- with complex and simple schemes, they have stolen from taxpayers and investors alike.  Some political leaders are liars.  Some cops are dirty.  This should be a sticky note hanging off every noble prosecutor’s computer monitor.

A lot hangs in the balance with one lying police officer.  The lives of a defendant, and their families, have been ruined by one liar.  Some of these officers are protecting their own criminal enterprises.  Some are simply unwilling to admit a mistake, as we all have done, and would rather see someone else pay the consequence for fear of their own paycheck being cut.  And some are unwilling to tell the truth about their co-worker.  The list of cover-ups by cops is long and notorious.  In New Orleans, for instance, the resistance to finding the truth about the Danziger Bridge killings was huge, and included many members of the NOPD and Orleans District Attorney who did not want to know that the police killed innocent and unarmed citizens of the city.

Many prosecutors have suborned perjury by turning a blind eye to lies.  They refuse to cross-check their witnesses, or don’t bother to reveal the evidence that contradicts the officer.  With no accountability for prosecutors who pretend not to know the Brady Rule (turn over exculpatory evidence), there is no incentive to seek truth and justice other than one’s own internal compass.  Check yourself, and see whose word is taken for granted, and whose is treated with suspicion.

Rule 4:  The most concentrated group of drug users are young White people.

Want to wage the War on Drugs?  Go where the users are: college campuses.  Start a task force and raid dorms and Greek houses based on the smell of marijuana.  This will eliminate a feeling of racial bias in your law enforcement; it will also be the most efficient.  Public housing, for example, is disproportionately elderly people yet gets a great deal of police attention.

Think twice about your drug war strategies when you release a full-blown addict on a drug mission, all because they gave a statement against someone you want to incarcerate.  First, you are taking the word of someone who has been lying to their own family to get drugs.  Second, you are putting them on the street at their most dangerous without even forcing a detox period.  Prosecutors who engage in this behavior are bulking up the unreliable convictions and furthering drug use in the community.  This is common practice.

Rule 5:  If a majority of a community doesn’t trust government, there’s a problem.

The government draws its powers from the consent of the governed.  When the people no longer give that consent, the government will be abolished.  So said the Drafters of the Declaration of Independence, and the sentiment is true today.  Government officials should keep in mind this principle as consent is enforced.  You need to be aware of both reality and perception of reality.

There is a growing sentiment amongst Latino, Muslim, and other people that they are always suspects.  Such people would never call the police for assistance personally or in the community.  They cede protection, as it can be more dangerous than fending for oneself.  Because we all know what happens to suspects.  As prosecutors move forward with enforcement choices, take the time to consider what parents are teaching their children about the police.

6.  Enforce the Laws the People give you.

A common defense raised by police or prosecutors regarding an unjust law, such as marijuana possession, is “I just enforce the laws they give me.”  True- as laws are supposed to be passed by a separate legislature that represents The People.  The problem is that the super-lobbying of Attorney Generals dictates the process. District Attorneys run for election based on increasing laws, increasing punishments, and it becomes very redundant.  If a prosecutor’s boss is going to use their weight to pass laws, a prosecutor should do the same.  Think marijuana use should be legal?  Say something.  Or don’t say anything about any of the laws- the whole occupation should just enforce the laws the People give them.

And after J.P. Morgan, the “ethical” of the banks, told us they schemed the till as well… do you still think petty criminals are the national threat in America?  We spent a trillion dollars trying to keep the banks upright, so they could in turn save us all- or so the story was told.

Bruce Reilly is the Deputy Director of Voice of the Ex-Offender in New Orleans, LA. He is a graduate of Tulane Law School and author of NewJack's Guide to the Big House. Much of his writing can be found on www.Unprison.org.
View all posts by Bruce Reilly →
This entry was posted in Commentary, Drug Policy, Innocence, Legislation and tagged Crime, District attorney, ethics, guidelines, Law, misconduct, police, prosecutor, rules. Bookmark the permalink.

4 Responses to So You Want To Be A Prosecutor? 6 Rules to get started.