Staying on Point: Can one violent crime derail a Movement? 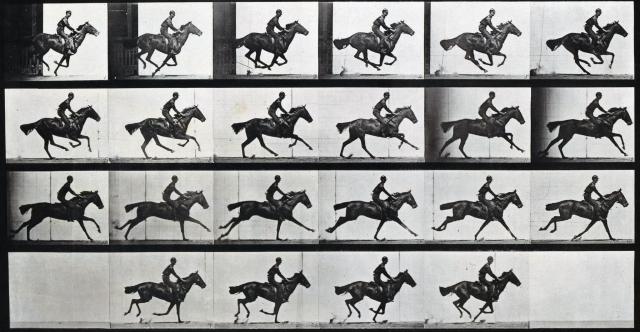 There can be little doubt that a cultural rise of Punishment-Politicians led America to be the peculiar mass incarcerator of the world. This has not been confined to one geographic area, nor to only locking up people of Color. It has been a Movement, which is best described as a force larger than the sum of its parts. So, although racism, slavery, Puritanical brimstone, Native American genocide, drug hysteria, capitalist elitism, militant nationalism and genuine safety concerns have all been key elements to building the American prison gulag… it has been successful because these things do not exist in isolation.

Over the past decade, the movement to reform the criminal justice system has taken root. After previous decades of growing individual pieces, they have started to coalesce into something more than themselves. Reformers and revolutionaries have gained traction around jobs, employment, voting rights, wrongful convictions, housing, addiction treatment, mental health treatment, police brutality and pushing back against racism (among other things). It is difficult to enter this arena without finding and building a coalition.

But is this counter-Movement, one based on family, community, love and forgiveness (and for some: saving money)… is it so fragile as to be derailed by one Willie Horton? Are we one news story away from the next Meghan’s Law (creating a national registration and notification system to tag people with sex-crime convictions)? This feeling of fragility is one reason why some advocates fear working with people who have convictions for violent crimes. They will shy away from potential coalition members, or co-workers, who might deal with the labels like “murderer” or “rapist.” Rather than take on the tough debates in a thoughtful manner, they dive into the safe space of the “First time non-violent offender.”

A Movement that can not revolutionize the American approach to punishment is not a Movement at all. Those people who threaten to water down the discussion, to carve out a niche of the “deserving,” are missing some key points. Most importantly, they are disregarding the actual drivers of criminal activity and focusing solely on that one action. They are playing into the trap of the very ideology that got us in this hole: that we can judge someone for life based on one moment in time.

As one of those labeled advocates, I recently found myself in a rare one-on-one conversation on a radio station for 40 minutes. Although my goal was to discuss the systemic issues faced by thousands of families within the listening area, the host could not ignore the listeners who wanted to focus solely on my personal punishment.

Listen for yourself- the interview begins at 1:40.

The grim reality is that many people with a deep understanding of the system, and the specific points of change, gained that knowledge through ten, twenty, even fifty years in prison. Except for the (rarely) gained freedom through a wrongful conviction, most of these people will have a serious conviction. Their stories may or may not have sympathetic sound-bytes, the background to the crime and conviction is most likely not public knowledge. This large group of people accounts for nearly all of the Jailhouse Lawyers assisting people inside prisons, and many of the leaders among incarcerated and formerly incarcerated people.

True leaders cannot come from outside of a group. A man may be an “inspiring” ally to women, but cannot be a genuine leader of a Women’s Movement (for example). Groups choose their own leaders, who rise from within the group. If a Movement is so fragile as to be derailed by an individual story, then it is not a Movement. If a Movement’s goals are so narrow as to only benefit a sliver of the participants, then it is not a Movement.

For an authentic Movement to replace punishment with prevention, accountability, and restoration: we need to develop inclusive and expansive language. We can not fall into traps. We can not cut off our arms in an attempt to save the body. And we can not let it be led by allies, no matter how much money or connections they bring to the table.

I will continue to engage in the tough conversations, and I don’t need to check my messaging with a focus group or an ad agency. What I’m saying has always been honest and from the heart- blunders, stutters, and all. Win or lose, I remain accountable to the millions of families grappling with this punitive system- to those who have cried in a prison visiting room, or faced automatic rejections of a housing or job application.

Six million of us can not vote. We are denied the basic recognition of citizenship. It is no different than stripping a family member of their last name. America is watered-down and divided in so many ways, yet people bearing the mark of a criminal conviction span every demographic.

A Movement to build healthy communities must include people who are historically discriminated against and oppressed; yet just as importantly, the Movement must include the white working class and people with convictions for violent crimes. The white working class, and white people living in poverty, are not the enemy- nor should they be manipulated (i.e. the Trump campaign) into believing that people of Color and LGBTQ people are their enemy. Furthermore, we need the wisdom of people who have spent a long time within the system, for whatever reason, who have the ideas and energy to propel the change. The broader the Movement, the less fragile it is to a singular flaw or heavy force placed upon it. We must constantly improve our conversational language, and consistently challenge ourselves to move the boundaries outward. Our entire existence may depend on it.

Bruce Reilly is the Deputy Director of Voice of the Ex-Offender in New Orleans, LA. He is a graduate of Tulane Law School and author of NewJack's Guide to the Big House. Much of his writing can be found on www.Unprison.org.
View all posts by Bruce Reilly →
This entry was posted in Uncategorized. Bookmark the permalink.
%d bloggers like this: