Who Will Stand Up To Racism and The “-isms?”

Listening to L.A. Clippers owner Donald Sterling talk to his ex-mistress about race made me think, “Hey Bill Clinton, here’s that conversation about race our nation never had.”  We hear a white Jewish billionaire attorney real estate mogul not only talk about his own beliefs, but he attributes those beliefs to his entire social and professional circle.  ‘What will the Joneses think if I’m associated with Black people?’ 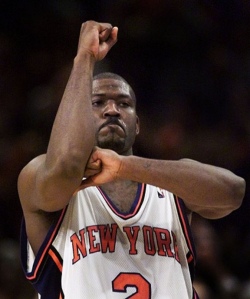 Welcome to reality.  And it is time for the Joneses to step up or get called out.  Many of our families and circles are closed to some sort of other.  For some it is race, others it is class, and oftentimes one can sense it without anyone even speaking it.  How prescient does Larry Johnson sound now when he famously referred to himself as a “slave” even though he was earning millions of dollars in the NBA.

People with criminal convictions in their past are often told outright that we are not wanted.  Bold signs and fine print bracket our days.  Even learning that a college professor was pushed out, based on the University buckling amidst some public scrutiny of his activities decades ago (of which they were aware), makes one wonder if any of us can be accepted anywhere.

We know what they say behind our backs, and know that many people can’t be seen in public with us- can’t be on the Instagram feed.  Or to a certain extent.  Just like the joke about the “one Black friend” required to add some color to the beer commercial or wedding photos, it must be nice to have the “one ex-con friend” for great stories at cocktail parties.  But in the end, that person will never get to sleep in the main house and never marry into the family without declaring blasphemy.  Mixing with our ilk is the miscegenation of our time, requiring not just love but courage and defiance to make mixed-marriages work.

Some have criticized his former mistress, V. Stiviano, a Black and Mexican woman, for being a gold-digger who hung out with this guy for years.  But what I like about her is the ability to simply combat his racist statements and expose him as an anachronistic idiot who has no logic appropriate for society.  She didn’t need a degree in Post-Colonial Racial Conflict Theory from a fancy school.  She is an example of how any of us can understand this issue and speak truth to power. 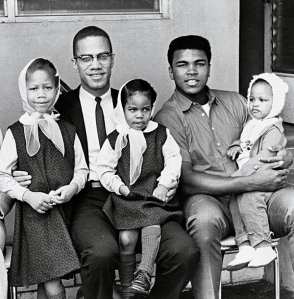 Most of us impacted by the -isms have no voice, no microphone, and no money.  But some do.  Some will look like the discriminated folks, and others will act out of solidarity and repudiate those who express bigotry.  Muhammed Ali has no equal in sports, and possibly professional life, for giving up boxing in his prime because he believed that war was wrong, and an imperialist war was downright evil.  In the end he was vindicated, but was despised at the time for his color, his religion, and cultural beliefs.

Clippers All-Star Chris Paul is president of the NBA Players Association.  It requires far less courage to stand up to his boss, Donald Sterling, than Muhammed Ali had when standing up to American foreign policy and saying “No.”  If NBA superstar Blake Griffin refused to play, he would receive accolades from most corners of the media.  Many attorneys would trip over themselves to defend any lawsuit Sterling could bring regarding a Clippers player, or even a Golden State Warrior, who refuses to play.  After all, Sterling said not to bring Black people to the games. 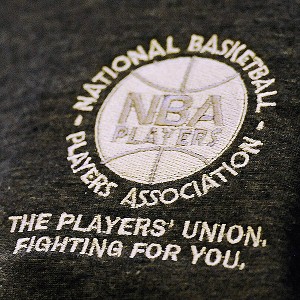 If the players’ union does nothing, they will have defeated their whole purpose of unifying: to create a balance of power with the owners.  Individually, any one of them can be replaced- even Lebron James.  Collectively, there is no NBA, and no income for anybody.  They are each sitting on millions of dollars- millions more than 95% of America and 99% of Black America.  They each have a fan base and the power of an instant press conference.  The owners may indeed take collective action to eject Sterling from the league (with a 75% vote), but the players are the ones with the true stopping power.

The Golden State Warriors will be in Los Angeles to face the Clippers tonight.  Warriors coach Mark Jackson has called for a fan boycott, to not put any money in Sterling’s pocket.  Jackson is a former NBA All Star himself, a tough dude from NYC, who could retire five times over.  We shall see if that is all he has to say on the matter.

Ultimately, few of us are in a morally and financially safe place to make a stand- and the rest of us pray for (or demand) them to do so.

Bruce Reilly is the Deputy Director of Voice of the Ex-Offender in New Orleans, LA. He is a graduate of Tulane Law School and author of NewJack's Guide to the Big House. Much of his writing can be found on www.Unprison.org.
View all posts by Bruce Reilly →
This entry was posted in Commentary, Race and tagged Blake Griffin, Chris Paul, Clippers Owner, Donald Sterling, girlfriend, L.A. Clippers, LeBron James, Mark Jackson, Muhammad Ali, NBAPA, protest, racism, Stiviano, union. Bookmark the permalink.