While the California prisoners enter their fourth day of hunger strikes, the people of Guantanamo enter their 40th. Meanwhile, Herman Wallace has spent over forty years in solitary confinement in Louisiana. These three aspects, all coming to new awareness this week, represent a consistent mode of punishment in America, “The Land of the Free.” 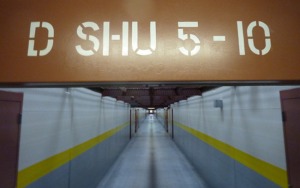 Dungeons of California SHU
As some people are well aware, there have been recent hunger strikes in Pelican Bay, Corcoran, and other facilities in the California system. The people’s demands are not to go home, or run rampant, but to have humane conditions regarding food, education, and sunlight; along with a fair process regarding their accused status as security risks.

You can read their own words here, in a great post on Solitary Watch. 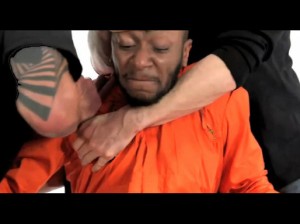 Yasin Bey (aka Mos Def) Courageously Gives Force-Feeding a Try
People forget that many people on the island of Cuba, caught in dungeons for allegations since proven false, are free to go. These are the U.S. prisoners at Guantanamo, along with others who have not gotten their day in court after (for some) a decade in detention. Yasin Bey tried being force fed, something that is likely to happen to at least some of the distant California prisoners. Every taxpaying American should watch this demonstration. They are paying for the chair, straps, tubes, and “food.”

It’s amazing that the most powerful nation in the world can devise a way of keeping people alive, against their will, and yet cannot find an appropriate nation for releasing innocent people, nor an appropriate trial to test the evidence against others.  The United States has assured the world it will force feed in respect to the fasting traditions of Ramadan. 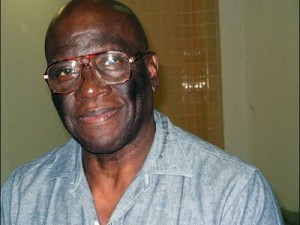 Herman Dreams of a House
When artist Jackie Sumell learned about the Angola 3, she only knew the basics: Three guys are being put in solitary confinement, and having their sentences extended, for a sketchy charge of killing a prison guard. Like two actors who heard about the Death Penalty at a rally, they asked: “What can I do?” Those actors created the Exonerated, a world famous stage play that helped convince Gov. Ryan that too many questionable convictions have put his people on Death Row in Illinois. As someone who once directed the play, I can tell you that arts have a transformative power for a wide range of people.

Jackie and Herman Wallace, one of the Angola 3, started building a house together, from the mind of a man in a cage. “Herman’s House” has since become an international exhibit, and they are attempting to make it a reality as a community resource in New Orleans. A film about “Herman’s House” made its national debut on PBS this week. The film is powerful. The court system has also proven to be powerful. Although a federal judge and the wife of the prison guard both think the Angola 3 (particularly, in the case of Albert Woodfox) did not commit the killing- the state of Louisiana has appealed the decision to a higher court. Woodfox awaits a new trial, Wallace has terminal cancer, and Robert King has been released. Louisiana has a history of locking on to the wrong scent. Fortunately there is also a history of defying that sort of power.

The Solution is Water, Vapor, and Ice
People want concrete. We like to see and hold things. We like a comprehensive plan. Democracy and culture doesn’t work like that. To create justice and equality, the actions are big and little, seen and invisible. This week we have seen those who toil in obscurity intertwined with famous indelible works of magnitude. We are seeing thousands, if not millions, of voices collectively speaking out against tyrannical practices. 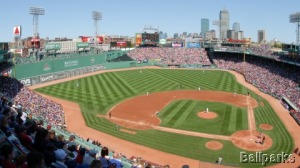 The work must be incessant. Unceasing. I once mowed lawns for a living. I could make the most beautiful lawn with just the right design of lines to work in your yard. I dreamed of mowing the lawn of Fenway Park. And the thing is, no matter how majestic I made your lawn: to keep it nice, I had to come back next week and mow it again. I didn’t mind. I took pride in it every week. And it wasn’t just about your house looking its best; it was also about me creating the best work I can, doing my part.
This is what democracy is like. Find a role. Do your part.

Bruce Reilly is the Deputy Director of Voice of the Ex-Offender in New Orleans, LA. He is a graduate of Tulane Law School and author of NewJack's Guide to the Big House. Much of his writing can be found on www.Unprison.org.
View all posts by Bruce Reilly →
This entry was posted in Actions, Commentary, Innocence, Prison Conditions, Prisoner Health and tagged Angola 3, Angola Three, California, Corcoran, Force Feed, Guantanamo, Herman Wallace, Hunger strike, Louisiana, Mos Def, Pelican Bay, SHU, Solitary confinement, Yasin Bey. Bookmark the permalink.